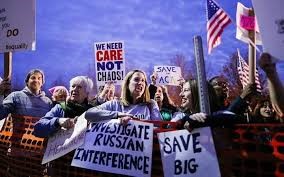 Democracy and the Future of the Quest for Freedom,

This week we will continue to evaluate the quality of democracy in the United States by looking at how and if the rule of law is applied equally to all citizens.

A rule of law, in which the laws and procedures apply equally to all citizens.[1]

Words like freedom, justice, democracy are not common concepts; on the contrary, they are rare. People are not born knowing what these are. It takes enormous and, above all, individual effort to arrive at the respect for other people that these words imply.  –

This is such a vast area that it is beyond the scope of this blog. That being said, we can explore one topic that cuts across many peoples’ lives. Neoliberalist economic policies towards the working class are especially draconian in the U.S. And it is not just service industry or low paying jobs that have been impacted. Reagan began his attack on workers through his infamous firing of 11,345 highly trained professional federal air-traffic controllers on August 5, 1981. Since that time, the social and legal environment of employment in the U.S. has become one of expanding the fact of little or no protection for the average worker.

Most employees in the U.S., at all levels of training and income, are in a legal status of “at-will employees.” At-will employees work at the will of the employer, with no legal claim to their job or to any compensation if they are fired or laid off. This means that employers can fire an employee without advanced notice, reason and without any other pay obligation other than the time they have served. This is a severe condition for job and income security, which causes an enormous structural power imbalance between employees and employers. The only exception to this legal status is unionized workers (about 13% of U.S. workers) and high-end management persons who have negotiated specific contracts with their employer. This power imbalance can lead to onerous conditions in other areas, such as safety issues, sexual harassment, overtime without pay abuses, and so on. The civil rights and women’s movements were able, however, to establish federal guidelines whereby employers cannot fire employees for reasons of race, ethnicity, gender, religion or certain other characteristics. Almost any other issue can be used to terminate a worker’s employment, such as, being late for work, refusing overtime, disputing a schedule change, or any other reason, no matter how unreasonable, if it does not meet the criteria of discrimination.

Another area that the U.S. work force must endure is the fact that there is no legally mandated paid time off, for any reason. Such laws simply do not exist. Nearly 25% of workers in the U.S. have no paid vacation or holidays.[2] U.S. law does require twelve weeks of unpaid parental leave, but exemptions for the size of the firm and/or the position of the employee often nullifies this regulation. Additionally, there is no legal requirement for employers to give paid or unpaid sick days, which puts nearly 40% of U.S. workers at risk of termination if they fail to report to work because they are ill.[3]

Additionally, there are a lot of myths about the social safety net in the U.S. which include stories of a great life on welfare, food stamps and unemployment insurance benefits. The average welfare recipient in the U.S. receives $24.77 per day or around $9,000 per year.[4] If you add in the SNAP program and Medicare benefits this figure may be as much as $14,000. in total benefits ($1,167 per month), which, it is obvious, is not exactly a life style that would be called living in the lap of luxury. Unemployment benefits average about the same, roughly $300 per week, but vary from state to state.[5]

This all leads, of course, to the fact that without employment, most U.S. workers do not have health insurance. The biggest percentage of workers in the U.S. become tied to their employment because of this fact. If a family member has a severe or chronic illness, such as cancer, heart disease, or even diabetes, leaving a job can become a non-option.[6]

An ongoing issue in the U.S. is systemic and institutional racism which reflects the unequal application of laws in many areas of everyday life. Disparities in health care, education, criminal justice, housing, employment and other areas are well documented. Even so, we will present a few examples in order to refresh this point.[7]

Racial disparity in access to health care are reflected in a variety of indicators and statistics which reflect that the equal application of these laws is not taking place. Blacks have higher death rates at younger ages from cancer, heart disease and diabetes.[8] In addition blacks have higher risks for homicide, infant mortality and HIV infection that also contribute to death rate disparity between blacks and whites.[9] Similar disparities exist for Hispanic and Native American populations.

According to U.S. Census Bureau data, 39.1% of Native American children live in poverty compared to 11.7% of their white counterparts. Since the Great Recession, investments in infrastructure and social programs have decreased unemployment nationwide, but these investments have often excluded native communities, and native unemployment rates have remained in double digits. Chronic joblessness and poverty have also taken a toll on kids trying to complete their education and get ahead. From 2012-2013, 27% of native students did not graduate from high school on time compared with 4% of their white peers.[10]

Disparities in home ownership in the U.S. for black and Hispanic families is striking. While 71% of white families live in owner-occupied housing, less than half of Hispanic families (45%) and black families (41%) do. Families of color have been excluded from home ownership for decades and the source can be traced back to the policies in place in the New Deal expansion of the mortgages through such as entities as the Federal Housing Administration and Veterans Administration home loan programs. Richard Rothstein’s recent book, The Color of Law: A Forgotten History of How Our Government Segregated America is an exhaustive exploration of these unconstitutional government policies. These policies have left Hispanic and black families lagging in the accumulation of wealth and tax savings which come from home ownership. One study revealed that for every dollar of wealth a median income white family held, the median Hispanic family had only ten cents and the median black family only eight cents.[11]

Median income disparity is still completely unacceptable despite decades of policies and regulations implemented to mitigate or eliminate this fact. From 1970 to 2010 the income gap between whites and blacks did come down, but at the end of this forty-year period, the median earnings of black males were still 32% lower than that of white males, which amounted to only a 7% improvement in this gap. At the same time the earning gap between white males and Hispanic males actually grew, from 29% to 42%, primarily as a result of recent anti-immigration legislation.[12]

We could go on with a similar discussion of these disparities in the application of laws, regulations and policies that continue to expose that, in this regard, democracy is not working the way that it should. These deep and devastating disparities in community services, family wealth, educational opportunity, quality of schools, employment, exposure to environmental hazards, crime rates, and so on, all come together to doom entire communities and generations with a cumulative disadvantage in early life that cannot be overcome in adult life. At the core of these disparities is an economic system, global capitalism that thrives because of these, and other disparities.

Next week we will turn to an examination of capitalism and the hegemony of its neoliberal version currently in place. Of necessity, this will have some challenges due to the nature of the material. At the same time, it is important to “push the envelope” a little by patiently working through what this is all about. One major way in which neoliberal ideology continues its hold on everyday life is by its obfuscating or bewildering denial of its own existence. One of the original purveyors and promoters of neoliberalist policies and ideology, Milton Friedman, seldom, if ever, used the word.