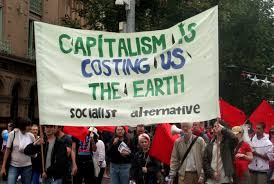 THE MURKINESS OF CIVIL SOCIETY AND SOCIAL CHANGE

Modern feminist writers have a variety of positions as to critical theory’s applicability to the struggle for equality for women and for a feminist view of the future for all oppressed people.  For example, Maria Pia Lara uses the Marxist analysis in Habermas’s  The structural transformation of the public sphere; An inquiry into a category of bourgeois society, as the basis of the development of public and private spheres of modern society as to women’s position and role in creating new views for a more just social reality. Lara incorporates much of Habermas’s premises and conclusions into her analysis of modern society, the place of cultural diversity, feminist perspectives, the nature of deliberative democracy, the future of social movements to promote cultural integrity and multicultural respect and acceptance and the use of narrative inquiry and explication in the search for understanding identity and difference as essential for universal justice.  Lara’s focus, vis-a-vis the public sphere, is to make a contribution “to a new understanding of the women’s movement by philosophically interpreting its historically unprecedented contribution to late modernity” (Lara, 1998).

Lara, in Moral textures: Feminist narratives in the public sphere, argues that the women’s movement, “in its struggle to achieve public recognition of women’s rights and needs, has developed an ‘illocutionary form’.”   “Illocutionary forms,” for Lara, are the statements of both a moral and aesthetic position which create a new understanding of social reality and impose, through these statements, the moral imperative of allowing the transformation of institutions to recognize the validity of these emancipatory narratives as establishing new claims and providing new frameworks for both self-realization and self-determination for persons and groups who are not part of the dominant group.  The interrelationship of moral and aesthetic forces in influencing culture and politics in both private and public arenas is one of Lara’s illuminating points.  Lara adds a cultural component into Habermas’s positions in order to expand and develop a “systematic theory about the connection between public narratives and their ‘disclosive’ potentialities for emancipatory transformations.”  These narratives are tied to strategies of opposing the status quo and to creating “new forms of power, configuring new ways of fighting back against past and present injustices.”  Lara emphasizes that these discourses cannot be exclusionary and be successful, that they must be inclusionary and allow a concept of justice that “reframes the terms in which ‘alter’, and ‘ego’ find a normative perspective of ‘we’ in the act of mutual understanding.”  Feminist narratives (in autobiographies and literature) are seen as giving women a voice in the public sphere when they have been denied entrance through other levels or channels.

feminism has succeeded precisely because it has new definitions and a new understanding of shared notions of justice and the good.  Its struggle has been built by thematizing equality and difference so as to construct a much more textured space in which all persons can be considered worthy of respect and valuable as human beings. (Lara, 1998)

Through these public social and political struggles, the women’s movement has redefined the standards of discourse concerning what democracy means by an appeal to judgment and justice.  The recognition of similarity and difference as a unity is one of the positive outcomes of such deliberative discourse.   As Lara eloquently states,

Contemporary democracies are confronted with the challenge of pluralism and multiculturalism.  The reflexive and critical insights of feminism – as the ‘new emerging public’ – have shifted into the paradigm of ‘gender identity’, where the recognition of differences on all levels has become a primary task of democracies.  Women, as the new public, have revealed that ‘justice must remain linked to solidarity’ in a wider conception of deliberative democracy through the public use of reason. (Lara, 1998)

Linking together social inclusion of groups and movements with the expansion of personal identity transformation is one of the more insightful aspects of Lara’s evaluation of the women’s movement and its illocutionary force.  The struggle for the recognition of the group also becomes the struggle for the recognition of the individual, and the expansion of the conceptualization of the self, through self-realization and self-determination, flows with the success of the movement, especially as it becomes inclusionary of other social movements.  This struggle creates the basis of “using and expanding public discourse and public spaces for discourse” in contemporary social movements.

Benhabib, in The claims of culture: Equality and diversity in the global era also incorporates Habermas’s use of the public sphere in her analysis of liberal-democratic society’s attempts to deal with the multicultural challenges of contemporary society.  The dialectic of immigration and emigration has created challenges for all societies.  As such, she also tackles the problems of multiculturalism and modern society.  In her analysis Benhabib postulates several important ideas:

Benhabib’s point is that “culture” is not, and cannot be, equated to “identity” without it being oppressive (what we might call “racial profiling”).  “What we call culture is the horizon formed by . . . evaluative stances, through which the infinite chain of space-time sequences is demarcated into ‘good’ and ‘bad,’ ‘holy’ and ‘profane,’ ‘pure’ and ‘impure.’  Cultures are formed through binaries because human beings live in an evaluative universe.”

Benhabib then explores the political role of culture in the struggle of minorities and immigrants in liberal democracies to, on the one hand, maintain their cultural uniqueness and, on the other hand, to obtain their rights in civil society.  Surveying the choices between the politics of authenticity, the politics of equal dignity, and the politics of equal claim lays the basis for evaluating concrete historical situations of dilemma in modern multicultural societies, which reveal the contradictions which may arise between private meanings and public policy.  Because a culture is marginalized does not mean that it is progressive or that its claims for recognition of special cultural aspects or needs are justifiable.  Benhabib’s point is that these claims, like the claims of any group, should be evaluated through the deliberative discourse of democratic institutions and public discussions, and that a narrow and limiting view of culture, which mistakes it for identity, may lead to undemocratic outcomes, especially to women and children.

Representation can be seen, in a way, as historically the earliest dominating facet in the quest for freedom, justice and democracy. The breaking of social bonds of feudal (or colonial) relations through democratic revolutions of various people at different times in history was first and foremost a quest for freedom and justice through representation, that is, having a controlling say in political power. As Fraser states, “representation serves in part to account for ‘ordinary-political injustices,’ which arise internally, within bounded political communities, when skewed decision rules compromise the political voice of some who are already counted as members, impairing their ability to participate as peers in social interaction” (Fraser, 2010). In other words, the struggle for representation is about the what of democracy, justice and freedom, laying out new social relations that allow for the creation of dialogue, discourse and decision making on political issues by all of the members of the common group (community, nation, or other defined political body).

Recognition, on the other hand, is about the who of democracy, justice and freedom. Fraser argues that today’s globalized political reality has made the questions of participation in political decisions as defined by the old Westphalian model of nation-states outdated and irrelevant, and that continuing to try to have the current socio-political debates and decisions based on this defunct interpretation of reality causes not only a “misframing” of the questions at hand, but inability to reach any meaningful or logical conclusions or answers. The development of the inclusion of new members into the realm of political effectiveness in the United States has evolved from the initial wealthy white landowners to other white males, then to freed male slaves, and finally to women in the early 20th Century. The expansion of this for other groups and identities can be seen in the struggle for civil rights for African Americans in the 1950’s and 60’s to the rights of LGBTX, other abled persons, etc. in our current times. Today we can see the continuation of this struggle most directly in question of migration, immigration, Dreamers, “illegal aliens,” sans papiers, refugees and other issues of rights of “non-citizens” versus citizens in countries around the world.

Lastly, Redistribution is about the how of the realization of democracy, justice and freedom. In order to solve the interrelated problems of ‘what’ and ‘who’ (which we are a long way off from doing) we can only accomplish this through developing a new ‘how’ in socio-political decision making. This calls for not only a radical reconfiguration of the political, but a radical realignment of the economic, cultural and social relations and institutions. In addition, the creation of this new set of relations must be based on an international definition of democracy, justice and freedom to be effective and worthy of the name. To define the ‘how’ only by a nationalized set of concepts and grammar is to leave the ‘what’ and ‘who’ on that same malframed and dated field of play which confines the world’s inhabitants to the continuance of neoliberal capitalist exploitation and ecologically unsustainable realm which has us lurching toward annihilation.

The implication is clear – redistribution of democracy, justice and freedom into other realms of reality, especially the world economic system, is the only possible solution to the current nexus of ecological, social and economic crisis facing the world. As Rosa Luxembourg once said, “There is no democracy without socialism, and no socialism without democracy.”  The neoliberal ”Third Way” has proven to be another bankrupt dream foisted on a sleeping public that is now, out of necessity, having to wake up. The question is, can we reimagine this world in time to save us and a myriad other species from extinction. The planet will still be here – but will our heirs be here to shape this new reality, or not? As Kali Akuno from the Cooperation Jackson movement in Jackson, Mississippi has said, “We are at the midnight hour, and it’s eco-socialism or death.”

Habermas, J. (1991). The structural transformation of the public sphere: An inquiry into a category of bourgeois society. Cambridge, MA. The MIT Press.