Democracy and the Future of the Quest for Freedom Second Installment 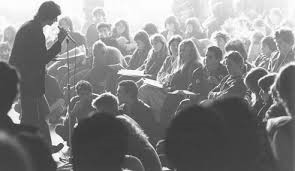 Democracy: The Institutionalization of Freedom

Trust is contingent on the evidence which one party provides the others of his true, concrete intentions; it cannot exist if that party’s words do not coincide with their actions. To say one thing and do another – to take one’s own words lightly – cannot inspire trust. To glorify democracy and to silence the people is a farce: to discourse on humanism and to negate people is a lie.  –  Paulo Freire[1]

This week we take up an examination of the roots of democracy and the potential it has given for an equitable human existence. But this potential continues to be thwarted through restraints imposed by various class interests who see democracy as a threat to their power and control. More on that later, so let us begin.

The question of the nature of democracy is intrinsically entwined with the question of freedom, the state and the question of rights. From ancient Greek society to the present, discourse, debate and exploration of the nature of democracy continues. Common usage of the term democracy is that it is a form of government whereby the citizens have control or exercise power by directly voting on issues, or indirectly, through representatives in some form of a governing body, make decisions, laws, and resolve issues of competing groups for the common good.

For the Greeks in Athens, demos ‘people’ and kratos ‘power’ literally meant people power. However, what does it mean today? And even more importantly, what is the real nature of democracy in our (post)modern world, dominated by global capitalism, shattered borders of political states, ill-defined national characters, and cultures under siege from the hegemony of technological and commodity driven economic forces?

In the Western world, two key historical events are looked to as the foundation of democratic forms of government. These are the revolutionary establishment of the United States of America through the drawing up of the Constitution in 1787, and the Declaration of the Rights of Man and of the Citizen, a product of the French Revolution which was adopted in 1789 by the National Constituent Assembly. Both documents were inspired by the liberating influences of the ‘Enlightenment’ and the philosophical discussions concerning rights, individualism, the nature of the state, and Rousseau’s writings on social contract. At the same time, they both were also directly crafted by Thomas Jefferson and influenced by the Bill of Rights, which had been introduced to amend the U.S. Constitution just weeks prior to the introduction of the French document. [2]

However, each of these revolutions, the American and the French, had a different basis and, thusly, created different institutions and interpretations of ‘life, liberty, and the pursuit of happiness.’ As Douzinas points out, “The aim of the American documents was to legitimize political independence from Britain, while that of the French, the overthrow of the ancien regime.”[3] The American revolutionaries were inspired by a pre-existing debate on rights as against the constraints imposed by feudalism and various remnants in the relation of the colonies to Britain, “the Magna Carta, the Habeas Corpus Act of 1679, the Bill of Rights of 1689 and the legal rights to freedom of conscience and religion recognised in the colonies since the end of the seventeenth century.”[4] The French, on the other hand, knew that their historical task was different and thus a sharp distinction was drawn between the two Declarations. As Rabaud Saint-Etienne stated in the French National Assembly, “the first priority for a nation in the process of being born is to destroy the old order and start afresh by establishing a new legislative power.”[5]

Simply put, France as a nation already existed and creating new social institutions to replace the previous ones required a rethinking of social relations, while in America the task was immediately political in the creation of a new nation and a new way for a state to exist, with balances of power between institutions and the establishment of systems of governance and control. In America the Bill of Rights was an amendment that expanded rights to those who were excluded in the original Constitution, whereas in France a Bill of Rights were the preface to, or basis of their Constitution. The Americans were justifying their independence, the French were making a new social order. At another level of abstraction, you could say that in America it was the establishment of a new objective political edifice for freedom, whereas in France it was the creation of a new subjective social meaning of truth as to rights in the public sphere.

In both cases, however certain political determinations were created in the structure of the state. Democracy was viewed both as an immediate manifestation and structure of mediation to uphold the principles of liberty and equality, and as an answer to “the crisis of civilization afflicting society and through it the State”[6]. The fact that this liberty, freedom, equality and involvement in political life was excluded from the vast majority of the population in both countries, even in their elation of revolutionary fervor, is a manifestation of how much further both revolutions needed to go in order to truly complete an extension of democracy to all spheres and participants in society. This paradox is the kernel of what would ultimately create an inversion of political reality in the tension between freedom, democracy, rights and the state, such that today most nations which declare themselves to be democracies created on the basis of the French and American models have become oligarchies, including the United States and France. How does this unfold or come to pass?

A critical dialectical analysis begins by noting that this is not the historically necessary outcome of the potentials which existed in the beginning of these relationships and institutions, but in looking back and tracing the actuality of these facts to their roots we can see that the potential always existed for this outcome, even if not in a way that creates a simple tautology. The creation of a new social order through the expansion and then domination of capital and capitalism, along with the destruction and elimination of feudal social relations established new meanings, spaces, relationships, and structures in society. As the French philosopher Jacques Ranciere stated, one of the key factors is the consequence of Enlightenment thinking and of its first principle – the ‘Protestant’ doctrine that elevates the judgment of isolated individuals to the level of structures and collective beliefs. Shattering the old solidarities that the monarchy, the nobility and the Church had slowly woven, the Protestant revolution dissolved the social link and atomized individuals. The Terror was the rigorous consequence of this dissolution and of the will to recreate, by the artifice of institutions and laws, a link that only natural and historical solidarities can weave.[7]

Democracy is, in this instance, an expression of the individualism and egalitarianism of these new social orders, in their nascent state. Nonetheless they were truncated in that the early revolutions for democracy always fell short, as the class interests that the economically elite represents are not universal interests for all of humanity, but partial and restricted to a narrowly defined socio-economic construct of their particular class interests. The U.S. has never been a true democracy – it was designed and built as a republic using representative institutions in order to make sure that the elite and their special interests would always be in charge. Whatever democracy exists today is based on decades of resistance and protest in an attempt to expand sovereignty to people outside of propertied white males.

As an example, we can look at the struggle to complete the revolution in the United States. The Revolutionary War had a limited outcome in establishing democratic rights to the general population.

The drawing up of the United States constitution is classic example of this work of composing forces and balancing institutional mechanisms intended to get the most possible out of the fact of democracy, all the while strictly containing it in order to protect two goods taken as synonymous: the government of the best, and the preservation of the order of property.[8]

At the same time the continuation of slavery in the United States and the expansion of the country to the west allowed for the economic and political betterment of whites of all classes.[9]

As a quick aside, we can see this extended even further today in the court rulings and state legislative actions from the right which have redefined corporations as persons in the Citizens United ruling by the U.S. Supreme Court, primarily as a testimony of the dominance of property rights subsuming or engulfing other rights. Democracy is thus shown to be defined in terms of specific class interests and is therefore eviscerated of any universality. But let us return to the historical progress in the extension of democracy and other rights to the general population.

In spite of the fact that in the Declaration of Independence they loftily proclaimed that ‘all men are created equal,’ that ‘all have been endowed with certain inalienable rights of which they cannot be stripped by any power,’ and that ‘among these rights are life, liberty, and the pursuit of happiness,’ the master class saw to it that this declaration was not taken literally and applied in practice by the workers and slaves. Women were not permitted to participate in elections. Neither were slaves. Masses of poor people were excluded from voting and holding office by difficult property qualifications. As soon as the masters came to the point where political power must be organized, they were very careful to take it for themselves, to create democracy – for the ruling class only.[10]

Viewed from this perspective we can see that the U. S. Civil War was really the second round of the democratic revolution, a further extension of rights by eliminating the social relations created by slavery which were in contradiction to the needs of capital. That this was also the largest government taking of property in history (the freeing of the slaves) also reaffirmed the power and hegemony of industrial capital over the wealth of the nation. But the freeing of the slaves did not mean that African-Americans were brought into the fold of democracy. Reconstruction was overturned by the movement of Southern states rights advocates which became known as the Redemption. The continuance of these exclusionary policies and laws would remain as an apartheid in the United States until the civil rights movement in the mid-twentieth century removed the most onerous aspects of formalized discrimination.

Likewise, the struggle for woman suffrage took over 100 years before ratification of the 19th Amendment to the Constitution on August 18, 1920, forty-seven years after women gained the right to vote in New Zealand. Even so, there continues to be assaults on the right to vote to this day, in an effort to exclude people from democratic processes, choices and institutions.

Next week we will continue this examination and exploration of the nature of democracy and the ways in which class interests truncate democracy through various legal and ideological justifications. Looking forward to your comments and responses.