Beginning a Dialogue: Democracy and the Future of the Quest for Freedom

Democracy and the Future of the Quest for Freedom 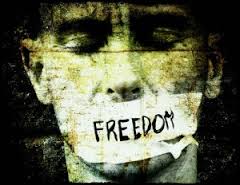 “We can have democracy in this country, or we can have great wealth concentrated in the hands of a few, but we can’t have both.”

These words of Brandies ring truer today than ever before – which will it be, democracy for the many or wealth and power for the few?  In order to challenge and change this situation one of the first steps is to understand why we are here and how we got here. To effectively engage in efforts to change conditions that undermine the common good we need to explore the underlying myths and beliefs that sustain – and undermine – our basic democratic values and, especially, the impact of policies that harm the most vulnerable. The nature of the current struggle of progressive forces, almost everywhere in the world, is one of pushing back against oppression, repression and barbarism in a quest for a more free, fair and democratic socio-economic and political existence for everyone, not just the billionaire class and power-elite.

At the same time, as we move beyond the beginnings of the twenty-first century the world is embroiled in an ongoing global war, an old war with a new name and a new face. On one side, that of the West, it is the ‘war on terrorism,’ characterized as holding off the barbarism and backwardness of radical jihadists to uphold democratic institutions and civil society. On the other side, embodied in Islamic fundamentalism, it is the war against Western militarism, political domination, cultural imperialism, and global capitalism. In many characterizations – popular, academic, and political – this is seen as the clash between two cultures, the advanced industrial-technological, democratic, cosmopolitan Western societies and the feudalistic, backward, Islamic-fundamentalist cultures of the Middle East.

The problem with these characterizations is that they are both misleading, incorporating images, significations and meanings that are both true and false. That is, they are based on ideological representations of each side’s respective socio-cultural-political realities and each is characterized by the other in a demonization meant to push public opinion to accept extreme methods of conflict and punishment of one another in order justify acts of terror and barbarism. On both sides there is an intensity and desperation in heightened military conflict that offer no limits to their actions and devastation, especially to civilian populations who are either directly targeted or are deemed to be unfortunate but necessary ‘collateral damage.’

It is in this world historical context that forces of backwardness and repression have risen from the mire in various forms of nationalism, right-wing populism and nativism to cast the shadow of neofascism across the landscape of civil society. The long-term neoliberal attack on human rights and freedom takes on different forms in different political arenas. Domestically it reveals itself through attacks on unions, workers’ rights, voting rights, gerrymandering, the militarization of local law enforcement, the hardening of systemized racism, deepening attacks on the rights of women and a general increase in fomenting hate, fear, division and suspicion. Internationally intervention in other countries’ economic and political realms without regard for democratic institutions or rights of self-determination have risen to levels that plunge various geographic areas into regional war and instability while bringing the entire world to the brink of armed conflict. All these retrograde manifestations of the neoliberal world order essentially amount to a hatred of democracy, human rights and the dignity of people who are not part of the elite. This is the twenty-first century’s reformulation of imperialism and neo-colonialism.

“Those who profess to love freedom and yet deprecate agitation are those who want crops without plowing. This struggle may be a moral one, or it may be physical, but it must be a struggle. Power concedes nothing without a demand. It never did and it never will.”

Clearly, we have been living for many years in a complex social, economic, cultural and ecological environment where the formal channels of democratic political participation are not working, and obstinate powerful elites prevail. In order to effectively challenge and change this one of our first steps is to critically analyze the situation we are in to understand why we are here and how to get to another place.

By “critically analyze” we mean to look at the paradigms, positions, policies and practices of our current reality and ask the fundamental questions:

Along the way in answering these questions we will explore a determination of what the common underlying socio-economic and political forces at work are to create the breakdown in our democratic processes and which subsequently curtail freedom for the vast majority of people.

So, how do we begin to tackle the task of understanding how we got to this situation in our political and economic reality? There is an old saying, “Any road will get you there, if you don’t know where you’re going.” And I would add, you can’t know where you’re going if you don’t know where you’ve been. For the purpose of this discussion, we will start with a review of the origins and features of democracy and then we will deconstruct the two primary political and economic paradigms – capitalism and neoliberalism – that have led to, and perpetuate, the crisis of inequality, the decline of democratic engagement, the polarization of views, the breakdown in civil discourse, and neglect of the common good.

Let us begin by looking at some of the most basic beliefs of our modern society. These are that we have freedom; that we live in a democracy; that our economic system of capitalism is the best one available; that democracy cannot exist in any other economic system; and, thus, that freedom is contingent on capitalism. It is important that we spend some time on the task exploring the definition of these basic concepts, as we often find that people have entirely different beliefs and viewpoints of what these concepts mean, but think they are talking about the same thing when they are not. As such, they think they are in concurrence with one another, while in reality they have been talking past each other the whole time. Later, when involved in social movements, or the struggle for a better world, these differences cause the breakdown of progress and even the dissolution of the unity of thought and action which then thwarts getting to agreed upon goals.

Each week we will go further and deeper into this analysis, with the aim of expanding our understanding of how to change the world. This is not just an intellectual exercise, but, rather, the beginning of being motivated to reclaim control of things for the better through organizing, mobilizing and challenging ourselves to regain control and power over the world’s future.

Next week’s blog post will begin the exploration of various historical interpretations of democracy and the relationship to our situation today. Please engage in this discussion, as it is directly related to how free we all will be – or not.